Development Consortium is proud to announce its new education initiative - Project Streeksha: Educate to Empower, a programme that aims to bridge the current gender gap in professional education and financial independence for women in India.

The programme, currently in a nascent stage, is run in Alwar district of Rajasthan by Satish Kumar Shukla Memorial Trust and is being implemented by DC from July 2021 in order for it to grow in scale and become sustainable, thereby enabling a larger group of girl students from Rajasthan and other regions of the country, take strides towards higher education and bridge the current gaps to financial independence.

India has seen a sharp rise in enrolment of women in higher education. From just under 19% in 2011-12, the enrolment of women in higher education has risen to 48.6% as per the All-India Survey on Higher Education (AISHE) of 2019-2020 . However, this rise remains unequally distributed across the country, for example only 12% women enrol for higher education in Bihar . The statistics are also poor when it comes to rural women across the country. According to National Family and Health Survey (2015-16), the percent of rural women who have completed more than ten years of education stood at only 27%.

Several reasons have been cited for the low participation of women in India’s workforce. First, is the significant gender gap in higher education and skills training. As of 2018-19, only 2% of working-age women received formal vocational training, of which 47% did not join the labour force (NSSO, 2018-19). Also, women formed only 17% of cloud computing, 20% of engineering, and 24% of data/artificial intelligence jobs (WEF, 2020).

Another significant issue is the social norms around women education and employment. Family care continues to be a women’s responsibility and thus often young women are encouraged to get married soon after they finish school or undergraduate education. As per the National Family Health Survey, at least 26 percent girls still get married in India between the ages of 15-19 . This ratio is particularly poor in rural India. With only 28.3% women getting more than ten years of education. This high dropout ratio among women in rural areas is due to a number of reasons, including social norms around marriage plus also lack of moral and financial support from the families, which then also leads to early marriage thereby forming a vicious cycle.

The above-mentioned factors also impact India’s performance with regard to Sustainable Development Goal (SDG) on Education - SDG 4. And within it issue 2, that refers to high rates of women out or education or employment that make it difficult for them to find work, access credit or become self-reliant, and issue 3 that emphasizes on providing more year’s education to women as that enables women to delay marriage and its consequential impact of reducing poverty and safeguarding their human rights. The Streeksha programme thus particularly aims to support India’s performance on SDG 4, where India's current gender index rank is 95.

The key aim of Project Streeksha is to bridge this gap by providing young women opportunities especially in rural areas to get access to a professional/vocational education and thus preparing them to be employable. The programme aims to do so by addressing key reasons behind young women lagging behind in receiving professional/vocational education - lack of finances, family/social support and social norms.

The graduate scholarships have enabled six academically-strong women pursue undergraduate education at the prestigious Delhi University by providing financial support to bright young girl students, whose families would not have otherwise been able to support quality education for them.

The scholarship programme has also provided much required moral, logistical and social support, without which some of our scholars would not have allowed her to pursue higher education at all.

The programme staff have had to travel to the villages of some of the scholars to convince their families, who had otherwise decided to get them married. It took the programme team quite a lot of effort in convincing their parents, who were quite opposed to the idea. The team had to take personal guarantees for their families to finally relent and give their approval.

The programme will now be implemented by the Development Consortium from April 2021 in order for it to grow in scale and become sustainable, thereby enabling a larger group of girl students from Rajasthan (and other regions of the country) take strides towards higher education and bridge the gap to financial independence.

The Streeksha project is currently supported by Small Steps Charity, UK and Grace Charity, US.

If you are keen to support the Project Streeksha or would like more details, please contact us at partnerships@devcons.org 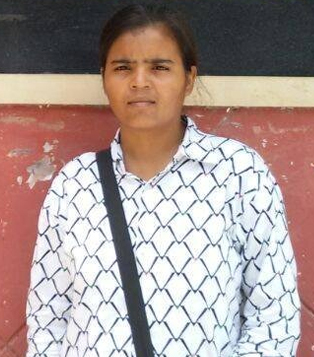 For Annu Kumari, the scholarship provided the financial support, which her family would not have otherwise able to procure. A. Kumari’s father works as a driver and her mother is a housewife. Due to lack of finances, Annu’s brother wasn’t able to pursue education outside their home district, which does not have high quality higher education institutes. However, with the support of the scholarship, Annu is able to live the dreams of her father and that of her brother. She completed her Bachelor’s degree in Geography from Delhi University and is now pursuing Masters in GeoInformatics from BITS Ranchi with the support.

Annu Kumari, the first Streeksha scholar, has now been appointed Project Scientist at the Remote Sensing Application Centre. Lucknow. This sapling took 6 years to turn into a beautiful strong tree. We supported her throughout (graduation, post-graduation, internships). And today is the day to feel proud and also to remember it takes time.