A safe abortion campaign to empower the rural youth of Bihar

Hidden Pockets Collective launched a campaign in Bihar, ‘Ab Aap Safe Hein’ in 2021, targeting young people as well as healthcare workers, aimed to improve the understanding of clinical and legal aspects of abortion and to empower young people in rural India, by raising awareness of their rights to sexual and reproductive healthcare, including safe and legal abortion. HPC selected 4 districts of Bihar for the campaign (Patna, Gaya, Madhubani, and Darbhanga). In the selected districts of Bihar, there were a particularly high number of unsafe abortions and HPC’s initial research revealed that the deep-rooted cultural norms and lack of information in local languages contributed to the high number of unsafe abortions.

Ab Aap Safe Hein campaign consisted of both online and offline activities. HPC developed a range of material, including podcasts, songs, videos, and training material, which was shared through various channels, including social media, traditional media, and physical training sessions and workshops. As a part of the campaign, HPC did a number of offline activities across the 4 states such as workshops in collaboration with other local organizations working on similar issues and teamed with local radio stations (AIR India, Bihar) to raise awareness about the ongoing campaign, and created an original Hindi song about the Safe Abortion. 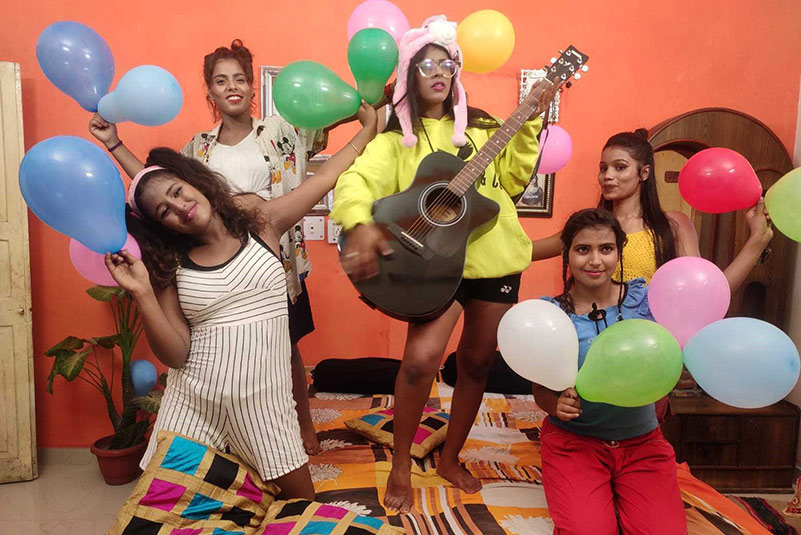 As a part of the campaign and abortion song release, we bring in artists from Bihar on board and make them join the abortion movement. These artists further shared our safe abortion content in their circles. We created entertainment content related to abortion. We usually see sad or serious content around abortion and we were the first ones in India to bring a happy-entertainment tone to Abortion. New volunteers joined our movement from Bihar. This was the first time they were engaging in the abortion movement.

Our post-workshop survey (sample of 50 people) showed that all the 50 participants learned a new word ‘Garbhasamapan’- a rights-based language.